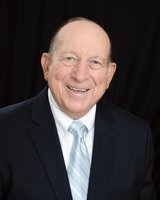 After graduating from Holy Trinity High School he received a degree in Mechanical Engineering from Illinois Institute of Technology and his M.B.A. from Northwestern University. He had a successful career in Engineering and Consulting.  He was very involved with Holy Trinity High School. He served on the Board and was President of the Alumni Association. Coaching his grandsons, “Coach Chet” volunteered for 12 years as a youth football coach. As an active member of his community, he served on the Board of his neighborhood’s Homeowners Association.