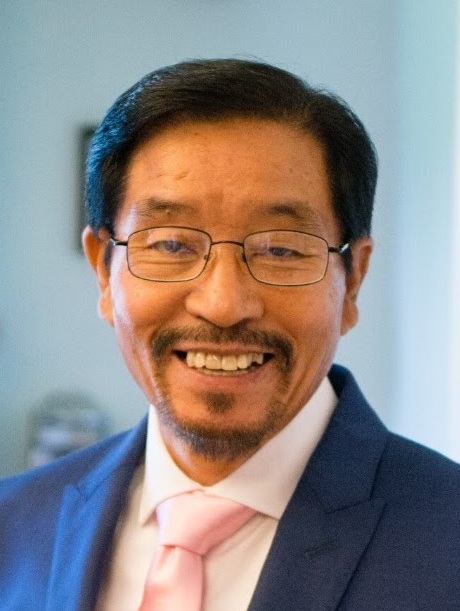 Rev. Johnsong Lee was born on September 18, 1952, in South Korea. Born in the midst of the Korean War, he came from a family of survivors who found deep strength, perseverance, and profound solace through their Christian faith. One of six siblings, Johnsong was known for being mischievous to his sisters but always loving and having a spirited zest for life. He inherited his entrepreneurial spirit from his father who had built a successful undergarment factory in the south, contributing to the reconstruction of the country. Johnsong always sought challenges and experiences. After meeting Young Soon Lee, and taking her hand in marriage, he decided to start a new life in the U.S. in the late 1980’s. He joined his oldest brother, Do Baek, in Chicago to begin the much familiar immigrant journey—full of hardship—for the promise of a better life. Committing his life to Christ, Johnsong quickly began his ministry studies in Chicago. In 1992, he received his Master of Divinity at McCormick Theological Seminary. He was then ordained in 1994 in Yukon Alaska where he served as the pastor of a small Korean congregation in Delta Junction, AK. By that time, Rev. Johnsong Lee had four children with Young; Samuel, Sarah, Anna and Stephen. Although of humble means, the house was always full of love, warmth, plenty of energetic activity and endless outdoor adventures just outside their small log cabin. He loved to play hide and seek with his children and fit into the most unlikeliest of spaces to his children’s unending joy and delight. Rev. Johnsong Lee continued his service and commitment to God for 22 years, presiding over Korean congregations all over the western U.S until his early retirement in 2016 due to his ailing health. He was a man of unwavering conviction and faith in the Lord, gave more to others in need than what he had himself, and poured his unconditional love and devotion to his wife and four children. Particularly among his children, Rev. Johnsong Lee is remembered as a dreamer, never afraid to try new challenges or ideas, never giving-up on his desire to provide what he could and beyond for his family and always willing to watch a good movie with one of his favorite snacks; buttered salty popcorn. He died in peace surrounded by his family to begin his new chapter of eternal life in heaven. He is survived by his wife, Young and four children; Samuel (Sungmin), Sarah (James), Anna (Benjamin), and Stephen as well as 3 grandchildren. Funeral Service for Rev. Johnsong Lee will be held at 10:00 AM Saturday August 15th at McMurrough Funeral Chapel, 101 Park Pl, Libertyville. Funeral info (847) 362-2626.