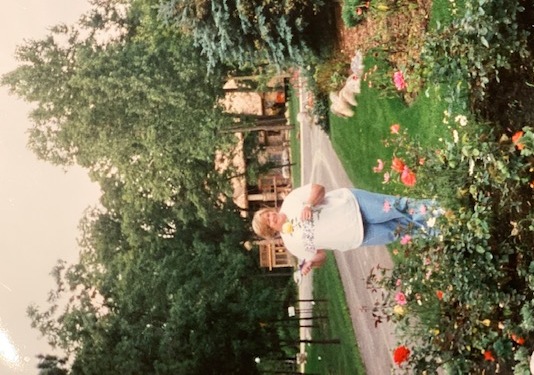 Sharon Ann Alister, 70, longtime resident of Lake Forest, Illinois died on December 3, 2020 at home with her family by her side. She was born in Wilmette, Illinois on October 10, 1950 to Helen and Robert Stern. She is survived by her devoted husband, Mehdi Alister, children Scott and Kelly, five grandchildren Peter, Katherine, Margot, Suri and Zara, sister Sandra Goldberg (nee Sandra Stern), and two brothers, Eugene and Jim. She attended Highland Park High School, the University of Denver, Colorado (B.S.B.A., minor in Astrophysics), and the London Business School, England (M.B.A.). She was profoundly touched by John Kennedy’s challenge to the youth of America of following a higher purpose in life and joined the Peace Corps serving in Cameroon, West Africa, as well as working for US AID in Lesotho, South Africa. She was a part of the female generation that refused to accept the traditional stereo typical role of women in society and pursued a highly successful career in the fixed income market, while also raising children who were, and still remain, involved members of the local community, including the Church of St. Mary’s. Later in life she discovered her talents in portrait art in pastel and oils and was prolific in capturing the scenes from her residence in Cameroon. For those wishing to attend Sharon’s funeral service, please follow the directions and link below. McMurrough Chapel is inviting you to a scheduled Zoom meeting. Topic: Alister Service Time: Dec 7, 2020 11:00 AM Central Time (US and Canada) Join Zoom Meeting https://us02web.zoom.us/j/86195404734?pwd=RGIycXQ4N3JJQjR5ZHpHaTJsS0tndz09 Meeting ID: 861 9540 4734 Passcode: 981492