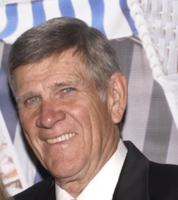 Lester Joseph Kirtz, age 79, devoted son of Lester Jerome and Mary Ellen (nee Coon) Kirtz, passed peacefully on July 20th, 2022, after a brave battle with cancer.
Les was born on July 16th, 1943, at St. Theresa Hospital in Waukegan, IL. He held a special role in his family as the first-borne child of his “Momsy” Mary Ellen. Les served his country proudly in the Navy and was honorably discharged in 1966. He married Dorene Marie Romani on May 19th, 1979, with whom he fathered his beloved daughters Mary and Jackie. The family made their home in Melrose Park, IL and enjoyed 16 loving years together before Dorene’s untimely death from cancer in 1995.
Les spent most of his professional career at UPS, starting as a driver before rising to upper management. He was a respected negotiator within the organization. Les gave back generously to his community, volunteering both his time and resources to help those less fortunate. He retired early in 1995 to focus on raising his two daughters following their mother’s death.
Les married his second wife, late Dorothy Stok Yaworske on April 5th, 1999, and relocated to Highland Park, IL. Dorothy passed in 2007 with Les by her side. He was a devoted caregiver to both, Dorene and Dorothy. Les spent the remainder of his life with his beloved partner Elfie Bishop, uniting their two families in an extension of their love and affection. In 2020, he became the adoring grandfather to Sadie, one of his life’s proudest moments.
Les had many interests and talents. He was a self-taught carpenter and handyman, taking on ambitious projects well into the late years of his life. He was an avid golfer, enjoying many rounds with friends and family. He loved Christmas throughout his life, lavishly decorating his home and enjoying Hallmark movies with his family.
Les is survived by his significant other Elfie Bishop, treasured daughters Mary Leona Kirtz and Jaclyn Marie Argall, his beloved mother Mary Ellen Kirtz, darling granddaughter Sadie Dorene Argall, siblings Mary Beth Szatori, Nicholas Kirtz, David Kirtz, Susan Meyer, Sharon Pawlick, Robin Arenas, many in-laws, nieces and nephews. He is preceded in death by his cherished father Lester Jerome Kirtz, and beloved wives Dorene Marie and Dorothy Kirtz.
Visitation & Viewing will take place at McMurrough Funeral Chapel, 101 Park Pl,  Libertyville, IL on Tuesday, July 26th from 4:00-8:00pm. Funeral Mass will be held at St. Joseph’s Church, 121 E Maple Ave, Libertyville, IL at 10:30am on Wednesday, July 27th. Interment with Military Honors at Ascension Cemetery, Libertyville. Funeral info (847) 362-2626