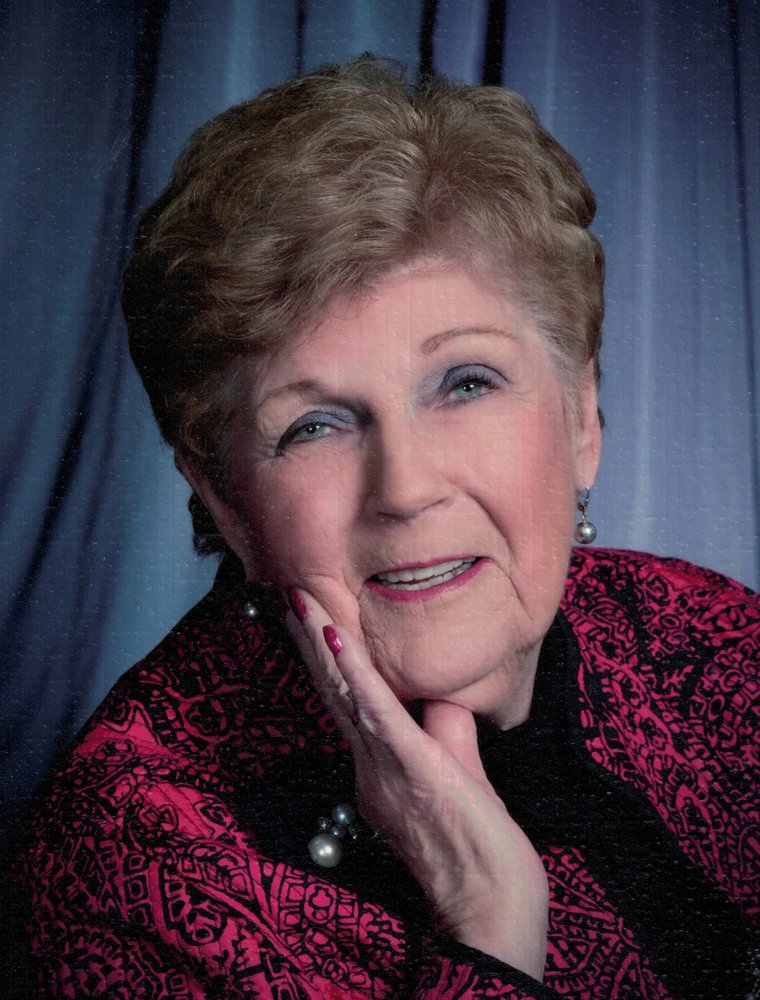 Please share a memory of Pat to include in a keepsake book for family and friends.
View Tribute Book

Patricia Ann Smuck (nee Devlin), 82, longtime Libertyville resident, passed away May 15, 2019 at Advocate Condell Medical Center, Libertyville. Pat was pillar in our community; she was greatly involved in many local organizations that supported women and the Catholic faith. Her road to involvement began teaching religious education, PTA, Girl Scouts, Cub Scout Leader, Council of Catholic Women, and a Youth Retreat Leader. As her five children grew older, Pat became involved in leadership positions at the Archdiocesan ring of Council in Chicago.

As President of Chicago Archdiocesan Council of Catholic Women, she became involved in many Archdiocesan committees and was appointed to participate in the Covenants between the Catholic, Lutheran and Episcopal churches, Catholic, Muslim, Jewish Dialogue groups, Indigent Persons Memorial Service, Cardinal Bernardin appointed her to represent the Archdiocese at the National Religious Alliance Against Pornography Task Force in Washington. She also represented NCCW on the WICS National Board.

Pat has served on all rings of the Council as Diocesan President, Province Director, 3rd Voice Vice President and 1st Vice President of NCCW, and Facilitator at the World Union of Catholic Women’s meetings for over 25 years. Most recently she participated in the 100th Anniversary of WUCWO in Jerusalem, serving on the liturgy team and registration and welcoming committee.

She participated as a trainer for the NCCW Leadership Institutes and went on the road with the Executive team to share “Shaping Our Future” with the affiliates across the United States. Took on the Illinois statewide chair of the National Religious Partnership for the Environment which led to the NCCW CASE project (Children’s Health and a Safe Environment) program. In addition, Pat also worked for Sister House for over 28 years, a recovery home for women coming out of prison and drug rehab.

Her great love is being part of the St. Joseph Parish community. She served on the Worship Committee, is a Proclaimer of the Word, Eucharistic Minister and Mass Coordinator. Her weekday Mass coffee group of 35 years was therapeutic and filled with friendship, love and laughter which smooths the rough roads of life. Pat was honored for her Ecumenical involvement with a Unity Award. Her greatest gifts were her children, grandchildren and great-grandchildren who knew her as MOMO.  Life Is Good.

Pat touched many lives through her efforts. This only tells a portion of Pat's story, there is only one Pat Smuck and she will be deeply missed.

Pat is preceded in death by her loving husband Art, of 44 years of marriage; her daughter Mary, her brother Michael Devlin and her parents George and Ellen Devlin.

To send flowers to the family or plant a tree in memory of Pat Smuck, please visit Tribute Store
Monday
20
May