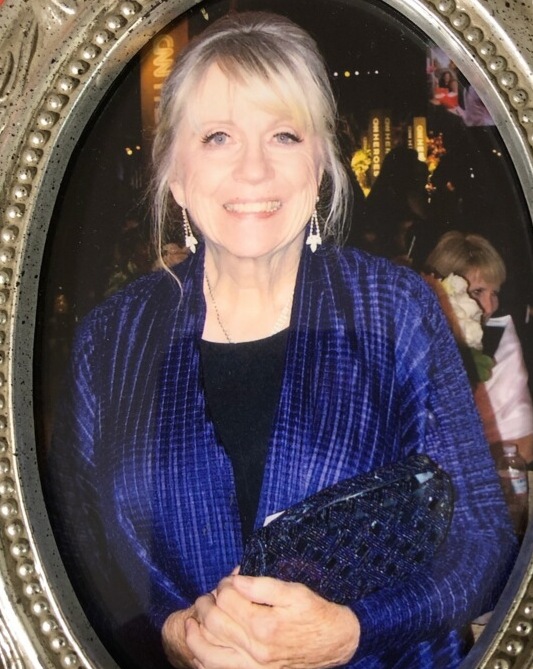 Please share a memory of Mary Pat to include in a keepsake book for family and friends.
View Tribute Book

Mary Patricia Herman, 85, passed away at home in Libertyville, IL , on September 6, 2021. Mary Pat was born on January 25, 1936 in Milwaukee, Wisconsin to Francis and Blanche (O’Brien) Rogers, the younger sister of her beloved brother Jack.

Beginning in grade school and throughout her days at Messmer High School in Milwaukee, Mary Pat forged friendships which lasted throughout her life. She graduated with a degree in Education from Marquette University in 1958. The friendships she made throughout these years blossomed into a lifetime of memories and “The Group” as she called them, remained loyal and close throughout her last days.

Mary Pat worked hard and put herself through Marquette, one summer saving for the school year ahead by working a welding line by day and working as a clerk at Boston Store in downtown Milwaukee on nights and weekends, another by working in her uncle’s ice cream factory. She was also a member of Marquette’s Ski Club and Yearbook Committee, and along with her lifelong friend Jean (Kroner) Katula, she captained the varsity sailing team, competing against the men’s teams of Notre Dame, Northwestern and many other universities.

Mary Pat was always a joiner. Throughout her life, if there was something she could sign up for, she would. It was at Marquette that she met and married her former spouse, Roy Herman, with whom she later had six children: Mary Anne, John, Thomas, Kathryn, Maureen and Michael.

She was so proud of her Irish ancestry and loved to share family stories whenever she had the chance. Her role as matriarch of her own large clan filled her with pride, joy, purpose, and love. A devoted and selfless mother, Mary Pat encouraged her children to follow their interests and dreams. That meant she was often running around picking her kids up from basketball games, cheerleading, sewing club, football games, and all manner of activities in their hometown of Libertyville. Her children attended school in Crystal Lake, IL and later at St. Joseph’s School in Libertyville, where she later resumed her teaching career at St. Joseph’s and became a favorite teacher for many.

After her children were grown, Mary Pat, at the age of 58, went on to earn a Master’s Degree in TESOL (Teaching English to Speakers of Other Languages). In keeping with her selfless nature, the opportunity to help make someone’s new life in the US better gave her a sense of purpose. Former students of all ages and backgrounds reached out to her years later to thank her for her dedication to them.

As time went on Mary Pat became a grandmother and great-grandmother. She was the type of person who would serve as a stand-in mother for those in need - whether it was family, friends, or a new acquaintance. She was raised in the Catholic faith and lived as a Catholic--as a Christian--aspiring to the example Jesus gave us. Her faith taught her to see the best in everyone around her--her children, her students, her friends and relatives. She steadfastly believed in potential, and encouraged everyone to “aim high” and believe in themselves the way she did.

Mary Pat believed in the power of prayer--and practiced it daily.

She gave her love unconditionally.

She embraced the concept of forgiveness--and gave it authentically.

And she believed in redemption--she knew that people could transform with God’s help.

Mary Pat will always be remembered for her laughter, her wide smile, her wit, and her intelligence. Though she will be greatly missed by all who knew and loved her, she is in God’s hands now, to whom she earnestly prayed for so many of us. Her last words were “God Bless Me,” After a selfless lifetime of prayers for others, she sent up one prayer for herself. Mary’s whole life was a blessing--God had already answered that prayer--on the day she was born.

Visitation is Saturday, September 11 at 10:00 a.m. at McMurrough Funeral Chapel, 101 Park Place, Libertyville. Funeral Mass immediately follows at 11:00 a.m. at St. Joseph Church, 121 E. Maple, Libertyville. Luncheon reception from 12:00 p.m. to 3:00 p.m. at Mickey Finn’s, 345 N. Milwaukee Ave, Libertyville. Entombment will be at Ascension Cemetery. In lieu of flowers, you can make a donation in Mary Pat’s name to Catholic Charities Refugee Services or the charity of your choice. Funeral arrangements by McMurrough Funeral Chapel, 847/362-2626. Please sign the guestbook at libertyvillefuneralhome.com.

To send flowers to the family or plant a tree in memory of Mary Pat Herman, please visit Tribute Store
Saturday
11
September