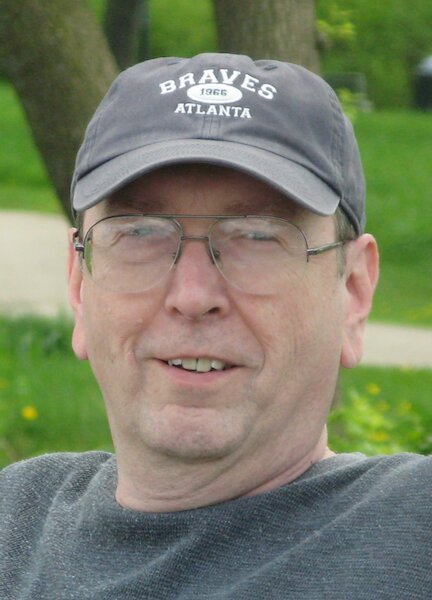 Please share a memory of Bob to include in a keepsake book for family and friends.
View Tribute Book

Robert J. “Bob” Schmidt of Mettawa, IL passed away on October 18, 2021.  His family and friends will remember him for his intelligence, quick sense of humor and generous spirit.

Bob grew up in Janesville, WI, graduated from Joseph A. Craig High School in 1969.  In August 1970 he married his high school sweetheart and lifelong partner, Stevie (Homsey) Schmidt. Bob was an outstanding high school basketball player and attended the Georgia Institute of Technology (Georgia Tech) on a basketball scholarship.  He graduated from Georgia Tech in 1973 with highest honors and with a degree in Industrial Management.  Bob appreciated Georgia Tech providing him with the foundation for a successful career, and he was a fan and supporter of Georgia Tech for the rest of his life.

Bob’s family has always been involved in many school and after school activities.  Even while working long hours, he managed to attend most of these events.  It was important to him to support his children and his grandchildren in all of their endeavors.

In addition to Georgia Tech sports, Bob was an avid fan of the Green Bay Packers and the Braves (both the Milwaukee and Atlanta incarnations).  His passions included golf, roller coasters and reading.  He came to enjoy travelling internationally to places such as the Caribbean, Europe and Morocco.  Bob’s frequent travels included the National Finals Rodeo in Las Vegas with friends, Disneyworld with his family, and Key West with Stevie.

Bob was hired by Kleinschmidt Inc. in 1973 and was still working for them at the time of his passing.  His career included periods as a buyer, purchasing agent, programmer, Senior VP and President.  After a change in ownership, he continued working as a programmer because of his love for the company.

Bob was preceded in death by his mother (Barbara Jean Schmidt) and his father (Robert G. Schmidt).  He is survived by his wife, Stevie (Homsey) Schmidt, his daughter Sarah (Ryan) Georgia and his son Robert J. (Jennifer) Schmidt II and his grandchildren, Grady Georgia, Logan Georgia, Kayla Schmidt and Robert J. Schmidt III, his sister Tamara (Eric) Berge, his brother Randy (Mary) Schmidt and his nieces and nephew.

In lieu of flowers, donations can be made to: The Robert J. Schmidt Memorial Fund at Georgia Tech by either clicking on the link below https://mygeorgiatech.gatech.edu/giving/robertjschmidt or mailing a donation to the Georgia Tech Foundation Inc. (In memory of Bob Schmidt, IMGT ‘73’), 760 Spring St. NW, Suite 400, Atlanta, GA 30308.

To send flowers to the family or plant a tree in memory of Bob Schmidt, please visit Tribute Store
Monday
1
November