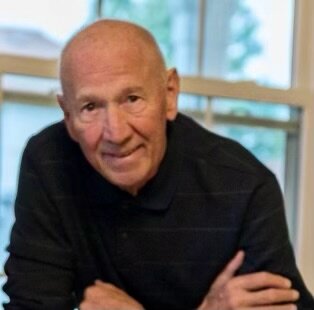 Please share a memory of Roger to include in a keepsake book for family and friends.
View Tribute Book

Roger was born on April 9, 1942 in Chicago, Illinois. He was the only child of Henry and Viola Clausen. Roger graduated from Niles High School class of 1960. He proceeded to further pursue an education at Northwestern University in Evanston, Illinois with an emphasis in medicine. He withdrew after a year and a half to enlist in the Marine Corps. Upon the honorable discharge, he returned to Northwestern University and graduated with his business administration degree.

Roger’s professional career began at Price Waterhouse where he met his wife, Doris Jean Hawk. After Price Waterhouse, his career continued at Hart, Schaffner & Marx and concluded with a 25-year career at Walgreen’s as the Chief Financial Executive Officer where he retired in 2005.

Roger was proceeded in death by his parents, Henry and Viola Clausen.

For those who would like to attend via Zoom, please click the link below and use the Meeting ID and passcode:

To send flowers to the family or plant a tree in memory of Roger Clausen, please visit Tribute Store
Saturday
22
January