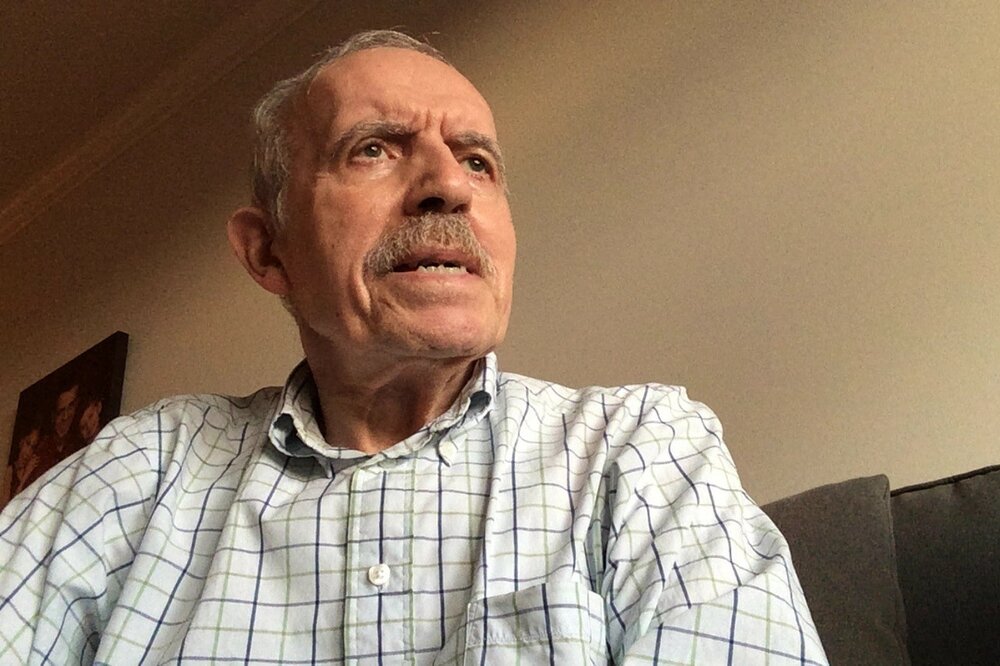 Please share a memory of Harvey to include in a keepsake book for family and friends.
View Tribute Book

Harvey Malcolm Parhad, 79, passed away peacefully on April 29, 2022 after a long battle with Parkinson’s disease.  Harvey was born in Mosul, Iraq, on June 18, 1942 to Malcolm Baba and Szabba Elisabeth (von Kelaita) Parhad, the fourth of six children and the only son.

The family moved around a bit when he was young – from Mosul to Beirut, with a dream of making it to Europe or the US, only to have to return to Baghdad a few years later.

Harvey was always an excellent student, finishing top of his class at Baghdad College Jesuit High School and mastering several languages along the way – he and his sisters learned German, French, Assyrian, and English at home, and Arabic in school. His ease with languages was a lifelong gift, one that complemented his sharp analytical mind and his deep interest in global and regional politics. Together they helped Harvey see things just a bit more clearly than most, which meant that throughout his life, those who knew him were often seeking his insight and advice.  It was often said that though he was a man of few words, those words were always closely followed.

At University of Baghdad Medical College, Harvey met Salwa Elias Madalo, the fourth of nine children of a Chaldean family from a northern village, and was smitten.  They married in Baghdad in 1968.  Three years later, with their two-year old son Raymond and their daughter Rita on the way, they left Baghdad for London, where they lived for five happy years.  After the birth of their last child Edward, they made their way to the US, first to Newtown, CT and eventually settling in Vernon Hills, IL, where they lived for forty years.

Together with Salwa, Harvey worked as a psychiatrist at the VA Medical Center in North Chicago (now the Captain James A. Lovell Federal Health Care Center), dedicating over 30 years of his life to treating veterans in his adopted homeland.

Harvey is survived by his wife of 53 years, Salwa, and his three children Raymond, Rita (Steve DeAtley), and Edward, and three grandchildren, Olivia and Evan Parhad and Sophia Parhad DeAtley; and his three sisters Lily (Jaafar) Hussein, Christa (Fawzi) Habboushe, and Greta (Ami) Iskandrian.  He is preceded in death by both his parents and his two younger sisters, Brigitte and Irma.

The Parhad family is grateful for the excellent care Harvey received from his team of loving caregivers and from Dr. Christopher Goetz at Rush University Medical Center.

In lieu of flowers, please consider making a donation to the Parkinson’s Foundation at https://www.parkinson.org/.

To send flowers to the family or plant a tree in memory of Harvey Parhad, please visit Tribute Store
Friday
6
May