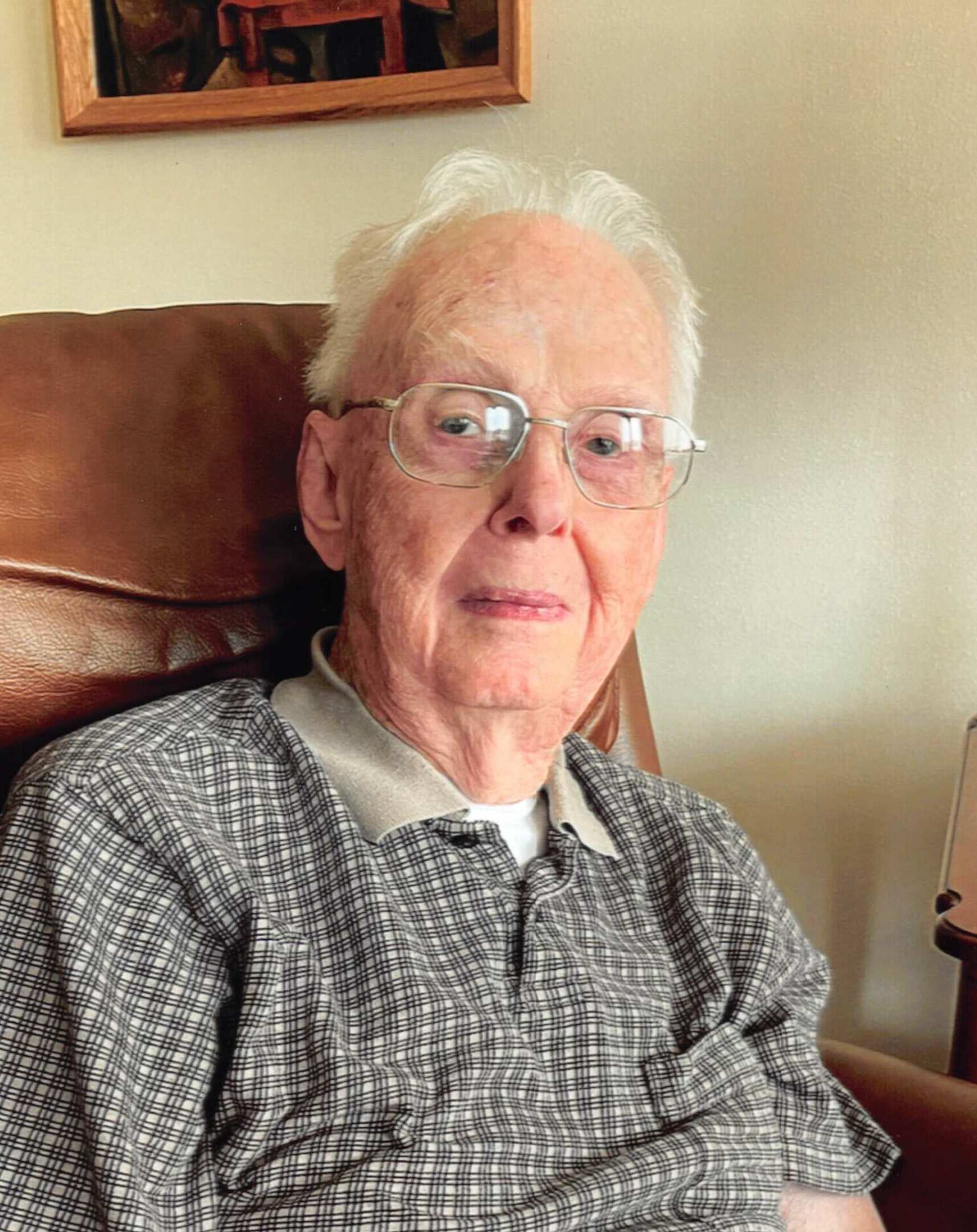 Please share a memory of James to include in a keepsake book for family and friends.
View Tribute Book

Born and lived in Illinois all his life—Maroa, Clinton, Amboy, Minonk, and Rockford. He graduated from the University of Illinois with High Honors and was employed by Coopers and Lybrand for many years. He served in World War II for four years, three of which were overseas in the Middle East, North Africa, and Italy in an ordnance battalion of an Air Force Service Group. He was drafted and later received a Battlefield Commission. Later the National Order of Battlefield Commissions became his hobby. He was a lifetime Master Mason.

He married Mary Catherine Kiegel with whom he shared three children. Predeceased by daughter Julia in 1958 and wife Mary in 2013. Survivors include children William (Nancy) and Catherine along with grandchildren Brian Plate and Rista Schlenker (Sam) and great-grandchildren Will and Desi Schlenker.

He enjoyed life, people, and learning.

Private burial at Calvary Cemetery in Rockford, IL. A Celebration of Life at a future date.

The family would like to thank the staff at Wauconda Care and Accord Hospice for their kind and compassionate care. In lieu of flowers, memorials made to the Salvation Army, 210 North Kilburn Ave, Rockford, IL 61101

To send flowers to the family or plant a tree in memory of James Plate, please visit Tribute Store