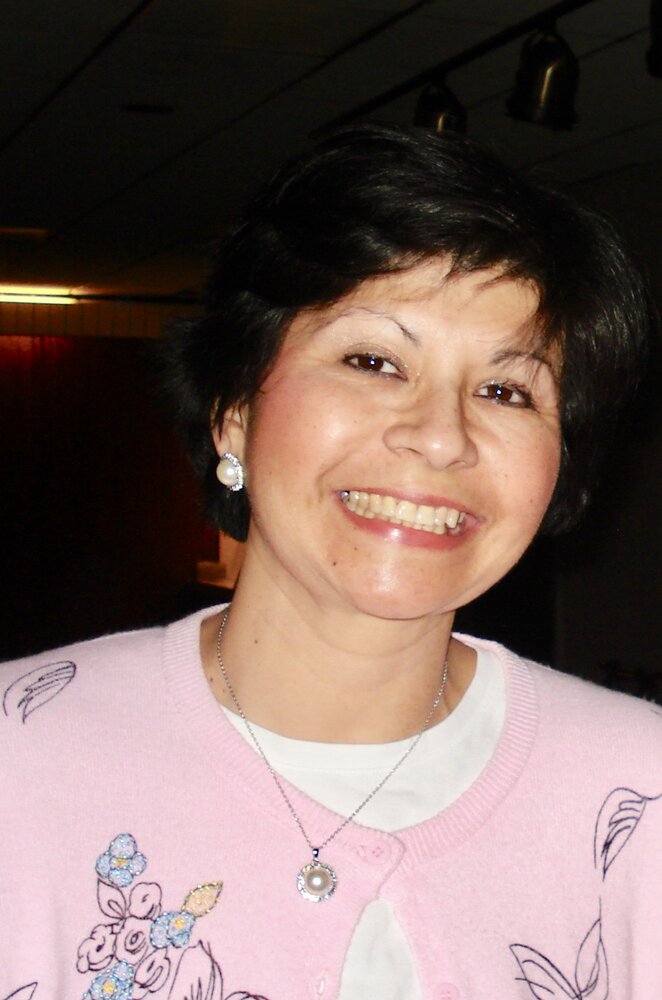 A life well-lived. Maria Eulalia Coton, born on August 5, 1959 in Libertyville, IL passed away peacefully in Indianapolis, Indiana surrounded by her daughter and family on June 18th and went to be with her Lord at the age of 62.

Maria was a proud resident of Libertyville, IL, and was a 1977 graduate of Libertyville High School. She married David Andrew Coton on June 20th, 1987 at St. Joseph Catholic Church in Libertyville, IL. She worked as a corporate trainer and manager opening T.G.I. Friday restaurants across the Chicagoland area. She was instrumental in the opening of the Milwaukee Brewers Front Row restaurant in the once Miller Park now American Family Field. Maria always had the ability to make anyone smile.

Maria was a devoted drum corps member and spent many of her summers marching with her sister and friends. She was a member of the Scarlet Knights Drum & Bugle Corp from 1972-1977 and marched in Phantom Regiment Drum and Bugle Corps color guard from fall 1977 to spring 1981. She also instructed the next generations of PR alums during the summers of 1981-1984 & 1987.  She continued to support the Phantom Regiment corps by cheering loudly at various shows and was an elected Board member of the Phantom Regiment Alumni Association. SUTA!

Maria was a life-long parishioner of St. Joseph Catholic Church where she was a devoted volunteer on the Bereavement Committee and volunteered for various other ministries including involvement with bake sales, operation back to school, baking for the prisoners, and holiday gift-giving for the needy. She was always involved in many local service projects for the community.

She loved to travel to Bloomington and Indianapolis to cheer on the Hoosiers and visit her daughter, Nicole.

She was a crazy, loyal Chicago sports fan and was proud to see all her teams win a championship in her lifetime. Go Bears!

Know that your kindness is much appreciated as we navigate this heartbreaking moment. As a kidney transplant recipient, her family asks to honor her legacy by lovingly considering becoming an organ donor. You can register at donatelife.net.

Flowers are welcome and other contributions and donations can be sent to Nicole Coton. We kindly ask, if you are able to, to donate funds towards the funeral service, as we hope to carry out all of Maria’s final wishes. Donations can be sent to Nicole Coton via Venmo @NicoleCoton (last four digits are -4947), or personal check. Any amount would be appreciated if you choose to do so, and greatly help the family in their grief.

To send flowers to the family or plant a tree in memory of Maria Coton, please visit Tribute Store
Friday
24
June