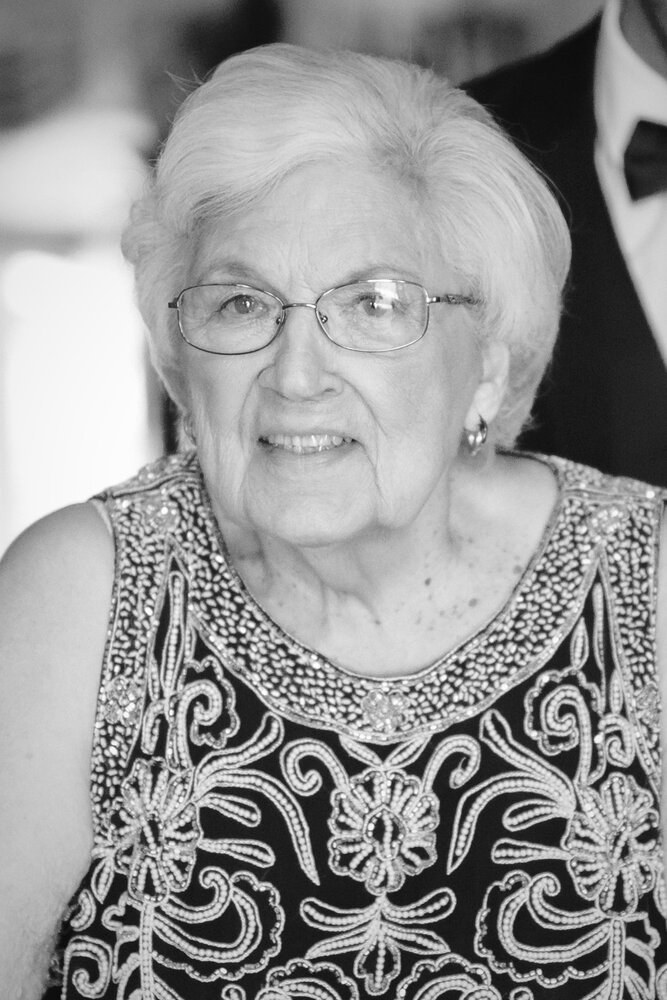 Please share a memory of Frances to include in a keepsake book for family and friends.
View Tribute Book

Frances L. “Doll” Romeo, 90, passed away Thursday, December 15, 2022 at home surrounded by her family. Frances was born in Libertyville on August 16, 1932 to Leo and Edythe Elfering. Frances was a lifelong Libertyville resident and met her future husband, Peter while working at the Frank G. Hough Company in Libertyville.  They were married on September 10, 1955 and raised six children. From the early 1960’s to the late 1970’s, they were Caretakers for St. Frances Summer Camp for Boys located on what is now part of Independence Grove and Lake Country Forest Preserve. Many weekends, they sponsored Navy recruits from Great Lakes, who would donate their time on the weekends to assist with the upkeep of the Camp in return for homecooked meals by Frances and time away from the navy base.

Frances worked at Condell Memorial Hospital for over 25 years in Human Resources and Physicians Referral the last few years before retirement. She also worked part-time in the evening hours for Sears, directing phone calls as a Switchboard Operator.

Frances’s greatest joy in her life was her family and she found much happiness in attending as many of her grandchildren’s extra-curricular activities and school concerts as possible and was a permanent fixture in the stands or fields. She loved attending “grandparents” day and looked forward to spending time with each one.  She was an avid Chicago Bulls fan and could be heard yelling nightly “Come on Baby Bulls.” She loved to travel with her family and extended family in the U.S. and occasionally abroad. Her hobbies included cooking, knitting, crocheting, needlework, and reading.

Frances was preceded in death by her husband, Peter; her father, Leo; her mother, Edythe; her brothers, Larry and Leo; her sister-in-law, Wilma Elfering and her son-in-law Richard Capps.

Frances was a woman of deep faith and was a strong believer in the Catholic faith.  She could be seen each Sunday in “her favorite pews” and questioned when someone was in her spot. She will be remembered as a woman of great integrity, kindness, loyalty and honesty.

In lieu of flowers, memorial contributions can be made to the Northern Illinois Foodbank  - North Suburban Center, 273 Dearborn Court, Geneva, IL 60134 or a charity of your choice.

The funeral Mass can be live streamed via the following link

To send flowers to the family or plant a tree in memory of Frances Romeo, please visit Tribute Store
Tuesday
10
January