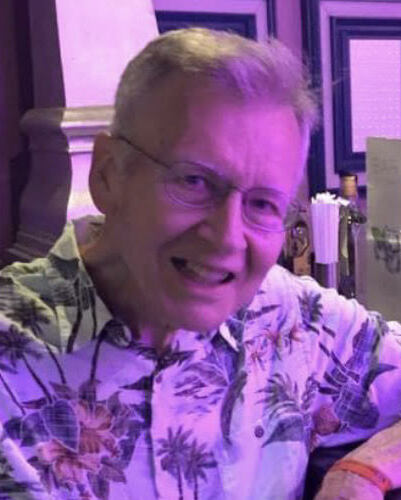 Please share a memory of Francis to include in a keepsake book for family and friends.
View Tribute Book

Francis was born April 22, 1938 in Waukegan and had been a lifelong Libertyville resident. He was an active member of St. Joseph Parish Libertyville where he served in the Knights of Columbus.  Francis was an avid supporter of his children's sporting events at Carmel High School, College of Lake County and University of Illinois. Francis had been employed at US Gypsum Corporation for 18 years and later at MacLean-Fogg Company.

He was preceded in death by his wife of over 40 years, Donna, and his parents Emma and Harold.

Funeral services will be at 9:30 AM Saturday February 4th from McMurrough Funeral Chapel, 101 Park Place, Libertyville (Rt. 176, 1 Block East of Milwaukee Ave.) to St. Joseph Church 121 East Maple for Funeral Mass at 10:00 AM. Interment following at Ascension Cemetery, Libertyville. Visitation Friday February 3rd from 3:00 - 7:00 PM at the funeral chapel. If desired, memorial donations made to Orphans of the Storm, 2200 Riverwoods Rd. Riverwoods, IL 60015 would be greatly appreciated. Funeral information 847-362-2626. Please sign the guestbook at libertyvillefuneralhome.com

To send flowers to the family or plant a tree in memory of Francis Tulley, please visit Tribute Store
Friday
3
February