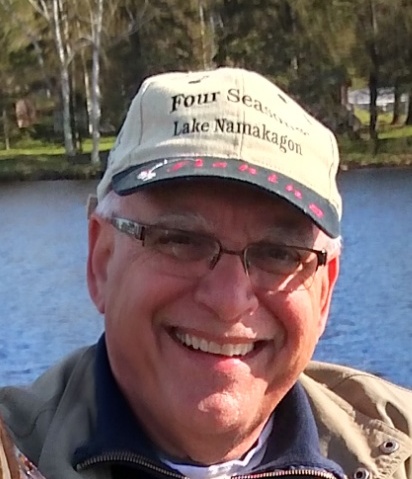 John F. Russert, Jr., 75, of Libertyville, passed away peacefully on April 3, 2019 at his home after being treated for multiple myeloma for fourteen months. He was surrounded by his loving family.  John was born on August 24, 1943 in Sheboygan, WI, the son of the late John Sr. and Gwenyth (Geiselman) Russert.

John received his BS degree in business from St. Norbert College, DePere, WI.  Following college, he served as a Captain for the US Army Transportation Corp. in Germany.  After his discharge, John enjoyed a career in various corporate Human Resource positions followed by positions in executive outplacement and career management.  He was a member of St. Joseph Parish, Libertyville where he served as president of the Parish Council and was Co-founder of the St. Joseph Employment Ministry.

John was an avid Green Bay Packer fan, beginning during the “Lombardi Era” while he was a college student.  He enjoyed fishing with family and friends, especially on Lake Namakagon, Cable WI.  John loved all aspects of photography including creating photo books of his family, friends and travel.  John was a devoted family man and his love for creating memories and traditions leaves a legacy to his family.

John will long be remembered for his integrity, his devotion to his Catholic faith, and his commitment to leading employees in their pursuit of their employment goals.

John is survived by his beloved wife Kathleen (nee Hubbell) of 50 years on June 14, 2019, his loving children Mary (Jason) LaHam, Michael (Jan) Russert, Mark (Randi) Russert and Megan (Nathan) Jansen.  He was the proud grandfather of Tyler LaHam, Elizabeth, Everett and Ethan Russert, Reeve Russert and Leo and Nolan Jansen, the dearest brother of Julia (John) Helf, and dear brother-in-law and uncle to many.  He was preceded in death by his parents.