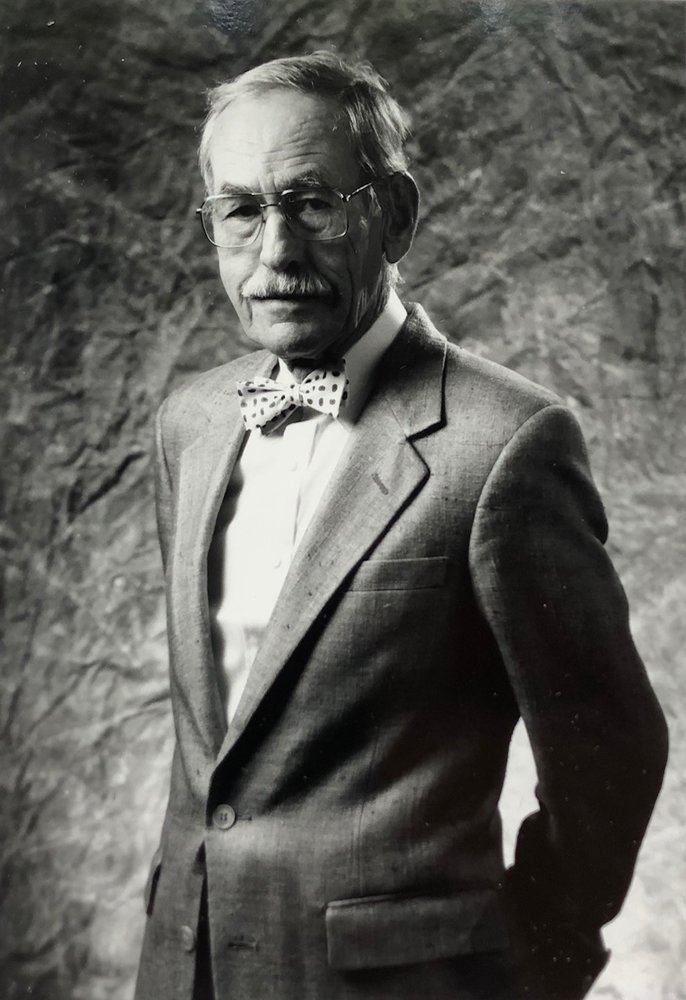 Ted attended the University of Illinois at Urbana and then the University of Illinois Medical School in Chicago, graduating in 1944.  Because he was still in medical school during World War II, he served as a medic in the Army Air Corps.  Following his internship at Cook County Hospital, he received orthopedic training at Hines VA Hospital.  After working as an orthopedic surgeon in Oakland and Hawaii, he returned to Illinois to set up a private practice in Lake County.  In 1958, he met his wife, Sheila, at St. Therese Hospital, where the nuns who worked with her in Physical Therapy warned her not to argue with Dr. Penn.  This admonition, he said, led her to a lifelong habit of a contrary approach.  They married in 1960.

Ted liked Scrabble, crossword puzzles, woodworking, dark beer, Bill’s pizza and Frango mints. He loved his work.  He did not like cold weather, cats or vegetables, and the appeal of Sudoku eluded him completely.  He was immune to the lure of athletic activity. As a south sider, he had little use for the Cubs. His wardrobe color palette ranged from beige to brown.  This was so whatever he pulled from his closet to wear for early morning rounds at the hospital would match.  That strategy sometimes worked. He judged the quality of his haircuts by the amount of hair the barber removed.  Less, he taught us, is not always more.  He had a dry wit, and he could really turn a phrase.  It was helpful to have cryptanalyst training if you ever wished to read a hand-written note from him.  He was relentlessly fair-minded.  He always rooted for the underdog, in life and in sports. He believed in economy of expression and economy of effort; that anything worth doing was worth doing well; and that just about any job was easier if you had the proper tool. (But you’d better remember to put it back where you found it.) He loved fishing on quiet lakes, particularly with his twin brother, ideally before the rest of humankind was awake.

He will be missed.

In lieu of flowers, memorial gifts may be made to Doctors Without Borders or Northern Illinois Food Bank.