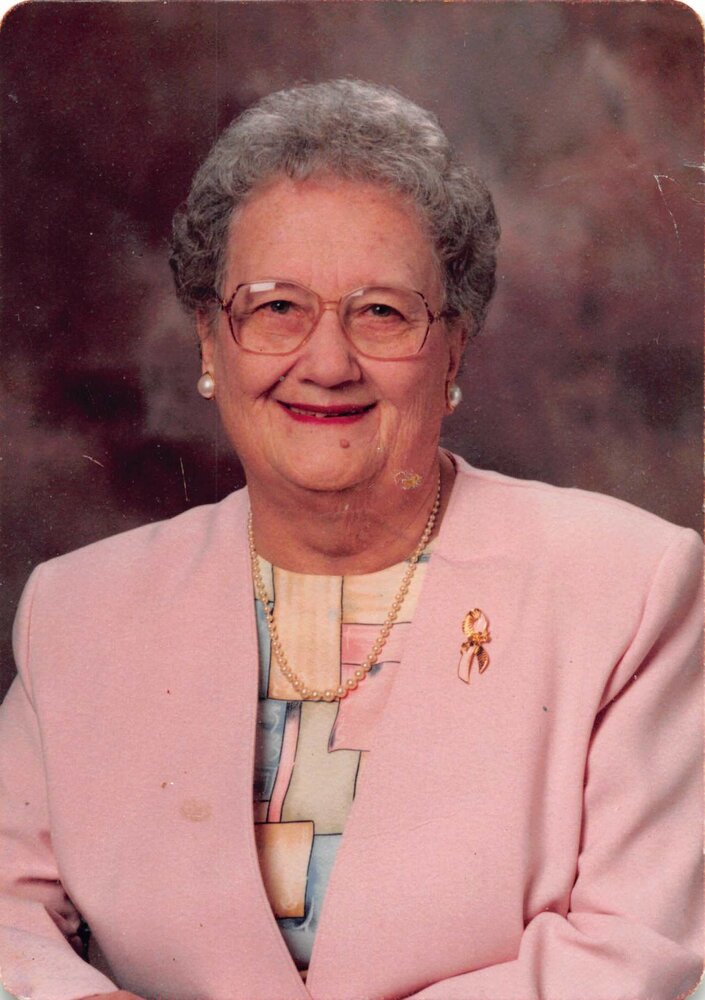 Please share a memory of Gloria to include in a keepsake book for family and friends.
View Tribute Book

Gloria Ann Gibbons, nee Lundquist, 95, passed away Nov 25, 2022, of natural causes. Gloria is a graduate of St. Sebastian Girls High School, Chicago, class of 1944 where she was the voted Prom Queen. Upon graduation, she went to work at the First National Bank of Chicago, where she met, fell in love, and married Robert Moon Gibbons in Sept. 1946. In the early 1950’s she was the first mom to learn to drive on Johnathan Road. Gloria was generous with her time and talent in making and selling ladies' hats to support the construction of St. Francis de Sales Parish School, Lake Zurich. During the 1960’s she became a highly successful Tupperware Manager and eventually began work as a Payroll Clerk at Baxter International until retirement in 1993. In 1998 she was awarded “Volunteer of the Year” by the Libertyville Senior Center for her leadership with the Widows Outreach Network. She was an ardent Cubs, Bears, and Bulls fan. Above all, she was devout Catholic as a loving and self-sacrificing wife and mother.

She was preceded in death by her parents George and Helen Lundquist; her sister Natalie Paulley, her husband of 45 years Robert and their baby son William. She is survived by her son, Robert Gibbons, McHenry and her daughters Dianne (William) Fischer, Libertyville, Maureen Woodruff, Noth Carolina and Rosemary (Dan) Roy, Maine; 12 grandchildren and 14 great-grandchildren.

Funeral Mass will be at 10:00 am on Sat. Dec. 3rd at St. Joseph Catholic Church, 121 E Maple Ave, Libertyville. Visitation will be from 4:00 – 7:00 pm on Fri. Dec 2nd at McMurrough Funeral Chapel, 101 Park Pl, Libertyville. Interment at Ascension Cemetery, Libertyville. In lieu of flowers, memorials made to Marytown, The National Shrine of Maximilian Kolbe, 1600 West Park Ave, Libertyville, IL 60048, would be greatly appreciated. Funeral info (847) 362-2626. Please sign the guestbook at libertyvillefuneralhome.com

To send flowers to the family or plant a tree in memory of Gloria Gibbons, please visit Tribute Store
Friday
2
December