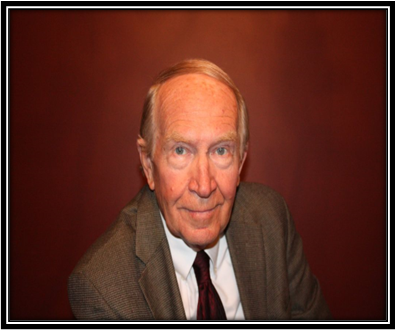 Please share a memory of Albert to include in a keepsake book for family and friends.
View Tribute Book

Albert Paul Christensen, Jr., devoted husband, loving father, grandfather, engineer, and builder, passed away on January 21, 2023, at the age of ninety-two.  He was born October 4, 1930 at Ravenswood Hospital in Chicago, Illinois. He was raised in the German neighborhood and attended Pilgrim Lutheran grade school and Amundsen High School.  In 1953, Albert graduated from Northwestern University in Evanston, Illinois with a bachelor’s degree in civil engineering and then earned several Master’s degrees in structural and soil engineering.  Albert often confessed he wanted to be a professional student. He had a great aptitude for all things mathematical, which served him well when he became a research engineer for Portland Cement Association in Skokie, Illinois. There, he authored many scientific papers and helped design and develop the “tilt, concrete barriers” that are used on highways today, and the “grooved, skid resistant runways,” used on airport runways, which he proudly showed his family years later while on tour of the Kennedy Space Center in Florida.  Another dream and passion of Albert’s was his desire to own and run his own company. He did just that. In his early 40’s he started his own construction business, completing over 400 single family homes over the next 30-plus years.  He found the creative, entrepreneurial, and daily challenges exhilarating.  Prior to his retirement, Albert rounded out his formal working career as a realtor, again reveling in the accomplishment of putting families into homes.

Albert loved his family and his Lord, entering into a personal relationship with Jesus Christ (born again) in 2000 at age 70.  He never regretted or looked back from that life changing experience—he was a “new” man with a profound faith in Jesus, and enjoyed his Sundays watching sermons by Pastor Michael Youssef of Atlanta, Georgia.  Albert was an avid athlete in his younger days, playing golf, tennis, and baseball well into his forties.  He was also a diehard fan of the Chicago Bears and the Chicago Cubs, and enjoyed traveling, especially cruises.   Albert will always be remembered for his willingness to provide a helping hand and a kind word of encouragement to anyone.

Albert, Jr., is preceded in death by his parents, Albert Sr., and Elsie (née, Bartel) Christensen, and by his sister, Marjory Sandberg (née Christensen).

Albert is survived by his devoted spouse of fifty years, Phyllis Kay Christensen (née Walter) and his seven children (from both this marriage and a prior marriage with Lynn Bammesberger).

To send flowers to the family or plant a tree in memory of Albert Christensen, Jr., please visit Tribute Store
Print
Saturday
28
January