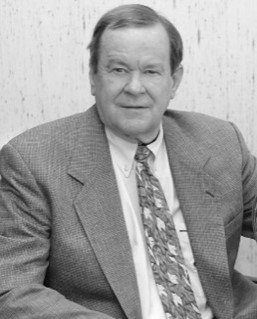 Please share a memory of Gary to include in a keepsake book for family and friends.
View Tribute Book

Gary L. Mowder, 80, of Highland Beach, Florida passed away on Monday, March 8, 2021 at his home in Illinois surrounded by family. Gary was born July 21, 1940 in Peoria, Illinois to the late Earl and Cora Mowder. After graduating from the University of Illinois in Champaign in 1963 with a BS, he went on to receive a LLB from the University’s College of Law with honors in 1965.  He served in the National Guard in the 1960’s.  Gary and his wife Emilia were residents of Highland Beach, Florida and Libertyville, Illinois and maintained a summer home in Green Lake, Wisconsin.

Gary was a partner at Schiff Hardin LLP in Chicago, IL where he practiced law for 55 years until his retirement.  Gary concentrated his practice in corporate, banking and sports law. He worked for many Midwest banks, including Northern Trust.  In the 1970’s he represented Bill Veeck when he owned the Chicago White Sox and continued to work for the team until it was sold. In the late 80’s Gary became outside counsel to the Chicago Bears Organization. He worked on the Bear’s practice facility in Lake Forest, Illinois, and became heavily involved in negotiations on the new Soldier Field Stadium.  Gary was a member of the ABA, Illinois State Bar Association, and the Chicago Bar Association and has served on the board of directors of several public and private companies. During his illustrious career he received numerous honors as an Illinois Leading Lawyer and voted by his peers to The Best Lawyers in America publication.

Since retiring, Gary and his wife have enjoyed golfing, traveling, and spending time with family and friends.

He was predeceased by his parents Earl and Cora Mowder, his first wife Susan Mowder and sister & brother in-law Barbara and Roger Larson.

He is survived by wife Emilia Kokun-Mowder, his son Michael B. Mowder, and grandson Jackson Paul Mowder.

The family has requested that in lieu of flowers, donations be made to any of the following organizations: Paralyzed Veterans of America, Salvation Army, or Wounded Warrior Project.

The family wishes to extend their gratitude to the Transitions Palliative and Hospice Care Center for their incredible support in his final days.

The funeral Mass will available to be streamed remotely at https://youtu.be/zQMx64TwjFs

To send flowers to the family or plant a tree in memory of Gary Mowder, please visit Tribute Store
Monday
15
March