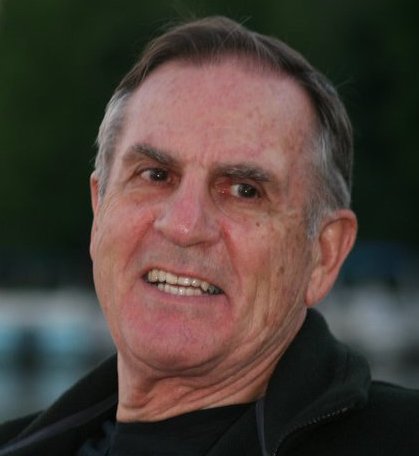 Please share a memory of Daniel to include in a keepsake book for family and friends.
View Tribute Book

Dan was born in Waukegan, Illinois, on December 2, 1933.  He was the youngest of five children of Henry and Edna (nee Kilbert) Bleck. He grew up in Waukegan and attended St. Anastasia School and Waukegan Township High School.  He married Dolores (Dode) Altman in 1956 before graduating from University of Illinois where he received his degree in architecture.  After serving two years in the U.S. Navy as an officer in charge of construction at the Long Beach Naval Shipyard in California, he returned to Waukegan where he joined his brother, Tom, in the architectural business.

Dan rarely sat down without a pencil in his hand ready to create something new - whether it was a second story on his house or cottage, a sketch for a new painting or an elaborate design for the annual fourth of July pontoon boat parade on Pine Lake.  As an architect and “builder of dreams,” he helped shape the world of those around him and his contagious optimism will live on in the numerous lives he impacted.  Dan’s influence will always be visible in the many homes, cottages, offices, downtown Libertyville businesses and places of worship he designed.  His passions were his family, his cottage on Pine Lake, his workshop, watercolor painting and planning his next trip to the Boundary Waters just after he got back from the last one.  He spent years perfecting a light-weight camp oven that accompanied him on many of his BWCA trips.  He also contributed his time and talents to several nonprofit organizations throughout Lake County as well as the Cloverleaf Lakes Protective Association.  While he will be dearly missed, his memory will live on through his many good deeds, creations and very detailed written instructions. Dad, we will all promise to keep the top of the workbench at the cottage clear as per the sign you always left on it!

A service celebrating Dan’s life will be held 10:30AM Friday September 10th at St. Joseph Catholic Church, 121 E Maple Ave, Libertyville..  In lieu of flowers, memorial donations in Dan’s name would be appreciated and may be directed to FISH of McHenry Food Pantry, PO Box 282, McHenry, IL  60051 or at fishofmchenry.org.  Funeral arrangements by McMurrough Funeral Chapel (847) 362-2626.

To send flowers to the family or plant a tree in memory of Daniel Bleck, please visit Tribute Store
Print
Friday
10
September