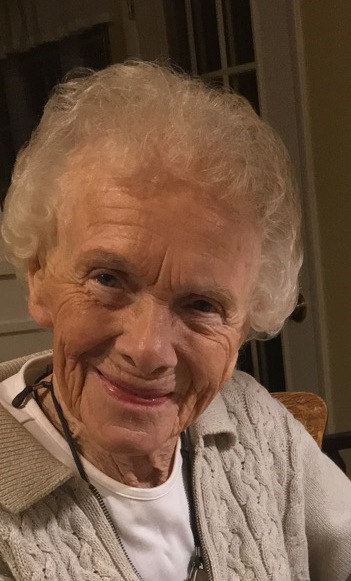 On Wednesday, April 7, 2021, at the age of 92, Gloria Louise Dooley, of Lindenhurst, Illinois died peacefully in her home surrounded by loved ones.

Gloria was born on August 9, 1928 in Chicago, Illinois.  She attended Alvernia Catholic High School for girls on the northwest side of Chicago where she met David, the brother of her best friend Betty Dooley (Garcia).  After David returned from the Service, they married on July 7, 1951.  They were blessed with 68 years together as husband and wife.  Gloria and David raised their six children first in Des Plaines, then Park Ridge, and finally moved to Bannockburn, Illinois in 1961 where they lived for over 50 years. After the children were grown, they moved to Libertyville and later to the Village at Victory Lakes in Lindenhurst.

Gloria was an extraordinary wife and mother who served in various capacities in the Bannockburn Mother’s Club and local Garden Club and volunteered weekly at the soup kitchen in Waukegan affiliated with her church.  She was an avid reader, gardener, card player, and theatre goer.  She loved planning events for her family and friends including holiday and Super Bowl parties, Pot Luck Group and Gourmet Club dinners.  Her full life included many cherished friends, but her greatest love was family – and she was loved in return beyond compare.

Mass will be held at 10:00 a.m. on Saturday, May 22, 2021 at St. Joseph Catholic Church at 121 E. Maple in Libertyville, Illinois.  In lieu of flowers, donations may be made to the Alzheimer’s Association at www.alz.org. Funeral arrangements by McMurrough Funeral Chapel (847) 362-2626. Please sign the guestbook at libertyvillefuneralhome.com

To send flowers to the family or plant a tree in memory of Gloria Dooley, please visit Tribute Store
Print
Saturday
22
May