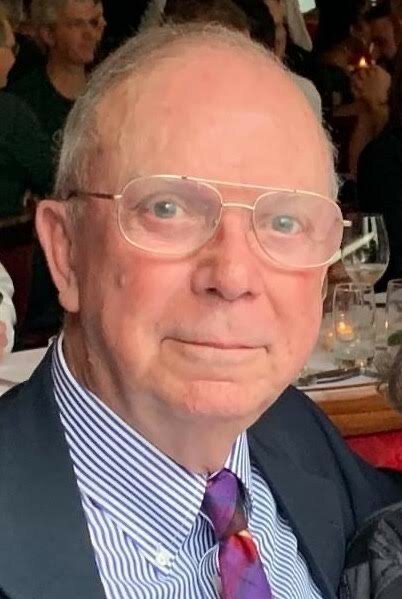 Make Donation
Share this Tribute:
Share Obituary:
Share Your Memory of
Philip Hazard
Upload Your Memory View All Memories
Be the first to upload a memory!

Please share a memory of Philip Hazard to include in a keepsake book for family and friends.
View Tribute Book

He was born in New York City, graduated from Culver Military Academy, and received a B.S.E.E. from Illinois Institute of Technology and an M.B.A. from Northwestern University.   He was commissioned  upon graduation as an officer in the United States Marine Corps, attaining the rank of Captain. He had a successful  and fulfilling  business career  in Logistics and Distribution.

He was the beloved husband of Marge for 62 years; loving father to his sons and daughters: Cathy (Mark) Horn, Mike, Liz and Chris (Nadine); proud grandfather to Juliana, Sam and Josh,  caring uncle to his niece and nephews.

He was “a man for all seasons”.

Visitation will be Friday, January 21, from 4-7p.m. at McMurrough Funeral Chapel.

In lieu of flowers, donations are suggested to St. Joseph Catholic Church, directed to the Food Pantry.