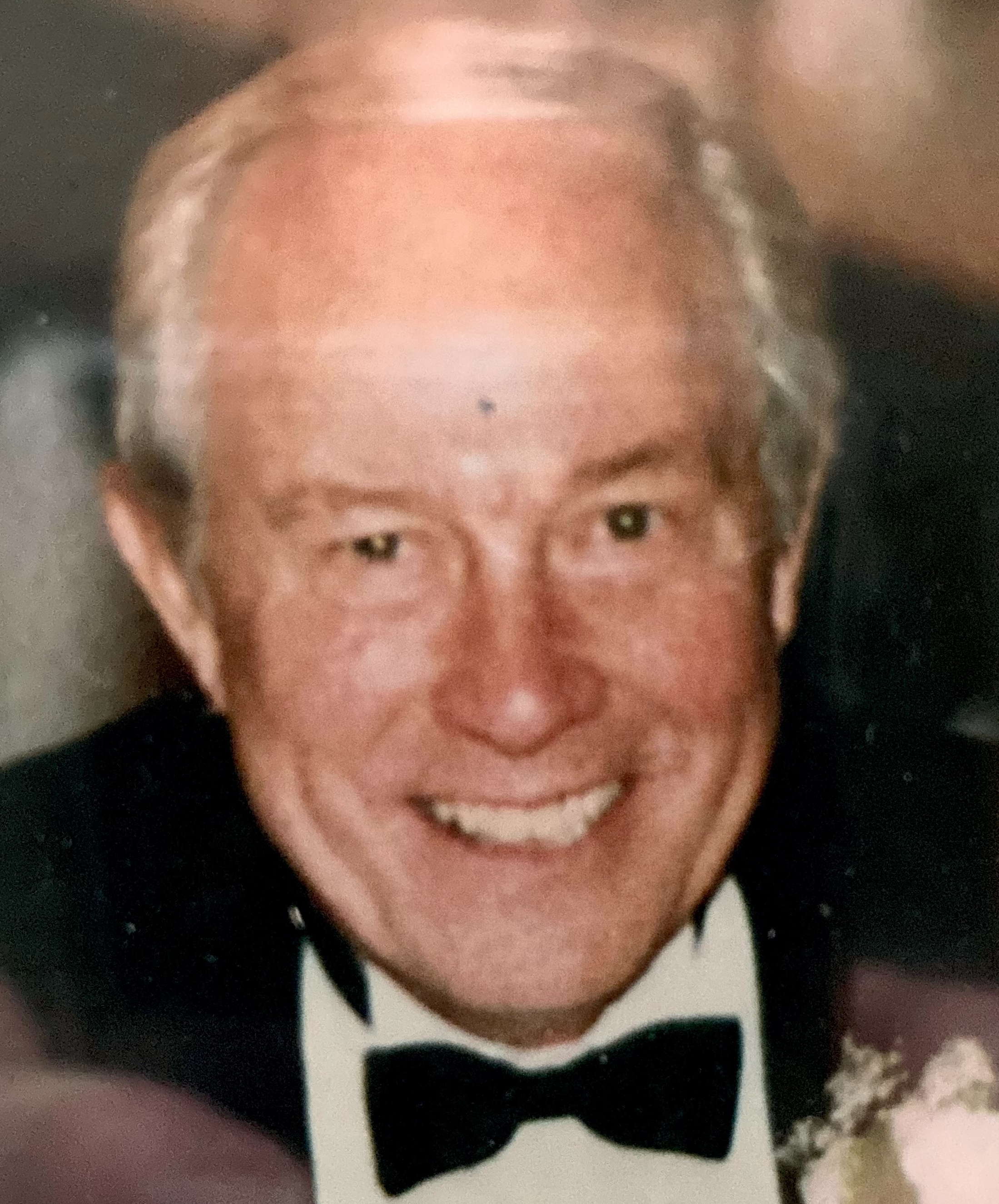 Please share a memory of John to include in a keepsake book for family and friends.
View Tribute Book

J. Robert “Bob” Jayko Sr., age 94, of Libertyville, Illinois, passed away peacefully in his sleep on April 16, 2022, in McHenry, Illinois at the home of his daughter, surrounded by the love of his family.

He was born to parents, John “Jack” F. and Emilia (Cudzik) Jayko, on October 25, 1927, in Chicago, Illinois. Bob graduated from Crane Tech High School, before enrolling at the University of Wisconsin. Bob left UW briefly to serve his country during WWII. Upon his return from the war, Bob re-enrolled at UW, where he earned his B.A. in Economics. After graduation, Bob married the love of his life, Georgean “Jean” Ritchie, in Chicago May 19, 1951. They cherished one another for thirty-seven years before Jean’s passing in 1988. Bob worked for his father’s printing company, Preferred Printing Services, of which he later became sole proprietor.

Bob and Jean moved to Libertyville in 1957, where they raised their family of five children. Bob was an avid golfer; he was a member of Crystal Lake Country Club. A member of Kiwanis, Bob served as chapter President. Bob enjoyed spending time with his family on and off the golf course. He often entertained many family members and friends on his patio during the summer months, serving up his famous Mai Tais. Bob’s love for his family was monumental. As was their love and admiration for him.

Bob was preceded in death by his parents John “Jack” and Emilia, his wife Jean, his mother-in-law, and his sister Ruth (Michael) Walsh, as well as several sisters and brothers-in-law.

His beautiful life will forever be cherished by his surviving sons, Brent of Bradenton, FL, J. Robert “Bobby” Jr. of Gages Lake, IL, Bradley of Excelsior, MN, and daughters Blythe (Randy) Lancaster of McHenry, IL, and Beth (Jerry) Panowicz of Stilwell KS. A brother Gregory of McHenry, IL and his thirteen grandchildren, including several “honorary” grandchildren, eighteen great-grandchildren, and many nieces and nephews.

In lieu of flowers, donations may be made out to the Libertyville Foundation, in memory of John R. Jayko and his love for Kenloch Park. For more information on how to donate, please contact (847) 362-2626.

To send flowers to the family or plant a tree in memory of John Jayko, please visit Tribute Store
Print
Thursday
21
April