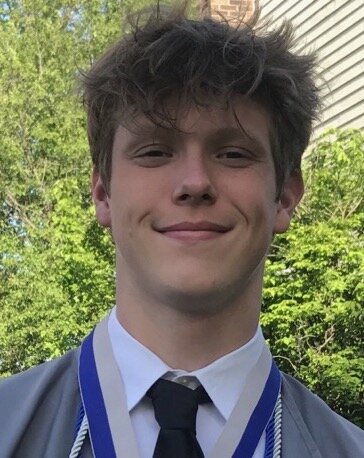 Please share a memory of Adam to include in a keepsake book for family and friends.
View Tribute Book

With heartfelt sorrow but also an immeasurable amount of community love, we acknowledge the passing of Adam Jablonski on May 30th, 2022. At the young age of 18, "Adas's" time on Earth ran short but the legacy of who he was, what he stood for, and how he chose to live resonates with all who had the honor of knowing him. His accomplishments run deep with everything from being a leader on the basketball court to a member of the National Honors Society. He was a recent graduate of the 2022 graduating class of Vernon Hills High School. While Adam was a recipient of both the Central Suburban League Sportsmanship Award, the Seal of Biliteracy, and the Sugarman Award which honored him for academic excellence and character in language studies, the simplistic beauty of who he was as a person cannot be captured in merely his membership on a team, in a club, or with an award. Adam's character encompassed traits of kindness, encouragement, light-heartedness, and some fabulous dance moves for which he was known. His hobbies were endless. Adam was a proud member of the Jeep Club and enjoyed being active with friends whether that be on a skateboard or scooter or playing sports like soccer, lacrosse, volleyball, swimming, skiing, golfing, fishing, biking, and much much more. He had earned a black belt in Taekwondo. In addition to sports, Adam embraced family trips to Poland which helped give him the gift of his heritage. Through both his personality and active lifestyle, Adam's character speaks for itself; it shapes his legacy for he created it. The legacy Adam leaves to his family, his friends, his educators, his coaches, his neighbors, and his community is one to be remembered, admired, and honored.

Adaś is survived by his parents Alina Jablonski and Adam Jablonski; his grandparents Jadzia and Karol and Wiesiek and Ela; his uncles and aunts Ela and Mirek and Kasia and Mirek and Leszek and Ewa and Gina;, nieces, nephews Wiktoria, Weronika, Karolina, Marcin, Mateusz and Lukasz and his godparents: Ewa and Marek.

Adam is preceded in death by his great-grandmother Stasia.

To send flowers to the family or plant a tree in memory of Adam Jablonski, please visit Tribute Store
Print
Thursday
9
June