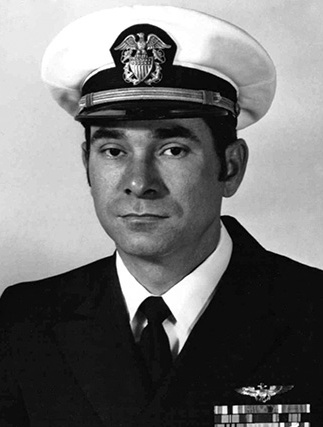 Please share a memory of Cdr. Robert to include in a keepsake book for family and friends.
View Tribute Book

Cdr. Robert Deane Woods, loved husband and father, passed peacefully from the world of his family and friends to the one of God and memories on August 18, 2022. Deane was predeceased by his father Frank, mother Gladys, father-in-law William, mother-in-law Roberta, sisters Vivian, Elaine, Jackie, Jeanie, and brother John.  He is survived by his wife Sharon, son Matt (Rachel), daughter Kendall, daughter-in law Lana, sister Freda, brother-in-law Gordon, granddaughter Michelle and grandson Jacob as well as all the extended family and friends whose lives he touched, including numerous nieces, nephews, grand-nieces and grand-nephews.

Deane lived a full life, passing away just one month short of his eighty-sixth birthday.  At the time, he was living with his daughter and family, surrounded by love, and enjoying daily walks in his neighborhood, chatting with neighbors, social gatherings with family and friends, and still managing to best his children in chess on a regular basis. As much as we wanted it to last forever, we must now not focus so much on the life that we lost but rather on the life that he lived. While it is impossible to distill his entire life into a few short paragraphs, his family and friends have always been immeasurably proud of him and his remarkable achievements.  What a life he lived!

From humble beginnings, Deane joined the Navy in 1957 and became an officer and an aviator.  While active in the Navy, Deane also sent himself through college graduating with a degree in Mechanics and Aerospace Engineering.  After receiving his degree, Deane returned to active duty.  While engaged in a mission flight, Deane was shot down on October 12, 1966 and captured by the enemy army on October 14, 1966.  During the days between the crash and capture, Deane made the heroic decision to smash his radio and twice waved away an attempted rescue by helicopter to keep his fellow military brethren safe from an ambush from enemy ground forces.  As a result of his valiant self-sacrifice, Deane was captured and was a prisoner of war for six and a half years in Hanoi.  For his heroic actions, the President of the United States awarded him a Silver Star medal.  In one report, Deane is quoted as saying “I am proud to have served in our armed forces during these difficult years and hope I have and will continue to make a contribution to world peace and to keeping the United States the greatest country in the world.”

Upon his release in 1973, Deane returned to the Great Lakes Naval Base and shortly thereafter met his wife Sharon and they had two children, Matt and Kendall.  In May 2022, they celebrated their forty-ninth wedding anniversary.

After twenty years in the navy, Deane retired with the rank of Commander in 1980.  After his retirement, he opted to attend law school and pursue a career in the law.  Deane practiced as an attorney until his retirement in 2012.

In this private life, Deane applied the same selflessness, year after year, to the well-being of his family such that there was never want and always ample opportunity. We, in his immediate family, were always more than just mother, father, son, and daughter but also friends who thrived, till the very last day with him, in each other’s company between ski trips, frustrated golf outings, road-trips, casual chatter, games, laughter around the table, and so much more. His son, Matt, followed his love of math and science and, with him as an inspiration, pursues a rewarding career as an engineer. His daughter followed his legal path and honors him as an accomplished attorney.

As difficult as it is to now say goodbye, he lived a good, long life that generated countless memories to be cherished like never before. Go now to your final rest in love and peace!

Per his wishes, he will now rest in a place of honor among other heroes who were dedicated to the country he was so proud to have served.

To send flowers to the family or plant a tree in memory of Cdr. Robert Woods, please visit Tribute Store
Saturday
27
August

Share Your Memory of
Cdr. Robert
Upload Your Memory View All Memories
Be the first to upload a memory!
Share A Memory
Send Flowers
Plant a Tree