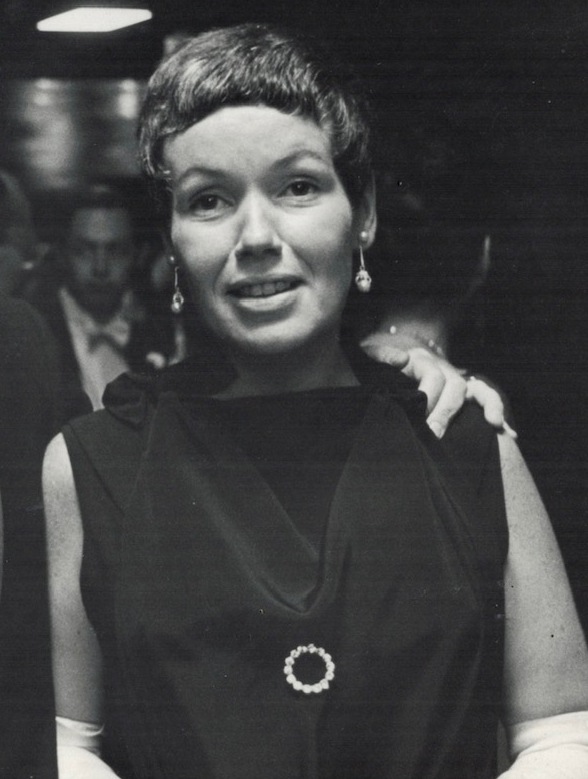 Please share a memory of Patricia to include in a keepsake book for family and friends.
View Tribute Book

Patricia Anne Kennedy (nee O’Rourke) passed away peacefully in her sleep on February
26, 2022, at the home of her daughter Tierney and son-in-law Joe. With her family beside
her, Johnny Cash and Abba playing in the background, Jesus gently carried her, His most
devoted child, from this life into the next.

Born on July 13, 1934, in Chicago to James and Margaret O’Rourke, Pat was a
happy-go-lucky child with many friends. She loved to ice skate, swim in Lake Michigan
and have pickled eggs and root beer at her grandfather’s bar, Timlin’s Taps. After
attending Mundelein College, she traveled with her life-long friends Joan Mudd and Claire
Hamilton to Europe, where they visited museums, witnessed the devastation of World War
II, and had an audience with the Pope. She later worked in a publishing agency in
Chicago, hung out with friends, and attended Notre Dame football games. At one game,
she met her future husband, Ray Kennedy.

Pat and Ray married at Our Lady of Malibu, California and made their first home in
Chicago, Illinois. For Ray’s career as a writer for Time magazine, and later for Sports
Illustrated, they moved to Hingham, Massachusetts, and later, in 1965, to New York City.
Together they had nine children in 11 years.

Pat Kennedy was truly one-of-a-kind, someone who saw adventure everywhere. After
surviving breast cancer, found days before the birth of her 9 th child, she drove a VW bus
onto an Italian ocean-liner with all nine children, ages two to thirteen, and moved to
Mallorca, Spain. In a small house built into a cliff above the Mediterranean Sea, she gave
her kids a most wonderful and happy childhood, making friends and stories that have
become the stuff of family legend.

As the older children began to approach college age, the family moved back to NYC, and
reunited with her devoted family friends, the Connellys, Jacobsons, Johnsons and
Sosas. Widowed at 53, Patsy worked at New York Hospital’s Cornell Medical Center and
as an usher at Circle in the Square Theater on Broadway. She helped many of her
children and their friends get ushering jobs so that they, too, could make money while
enjoying the theater.

She loved Italy, and in her 70’s moved there for a short while, spending time in Rome and
Gaeta. A devout Catholic, she attended Mass daily, and made pilgrimages to Lourdes,
Medjugorje and Fatima. Saints Philip Neri, Anthony, Anne, Francis and the Blessed Virgin
touched her life with countless moments and miracles of pure Grace. The light of Christ
within her was evident even and especially during times of hardship, and throughout her
life, in her humility, selflessness and joy for life.

With her passing, the world has lost a wonderful friend, mother and grandmother who
touched the lives of so many. Her inimitable sense of humor, loyalty and the wonders of
life will endure in the hearts of those who were privileged to know and love her. Many say
they have never laughed as much or as hard as they did with Pat. She loved wine, cafes
con leche, the NY Post, the NYT crossword, and anything with excessive amounts of
sugar.

She is predeceased by her husband Ray, her son Raymond, her parents and brothers
Jimmy, Edward and Dennis.

To send flowers to the family or plant a tree in memory of Patricia Kennedy, please visit Tribute Store
Saturday
7
May

Share Your Memory of
Patricia
Upload Your Memory View All Memories
Be the first to upload a memory!
Share A Memory
Send Flowers
Plant a Tree